It was email alert and a FB post from Alokesh Gupta which triggered a flurry of activity amongst the Kolkata Dxers – AIR Kolkata A was to inaugurate a brand new DRM transmitter on 8th September. The last few months had seen only sad news for the Dxer trickling in – from closure of Radio Serbia on SW to the blowing up to dismantle the MW antenna mast of "RIAS Berlin". Here was at last a silver lining for the world wide DX community – a brand new MW radio transmitter with DRM capability !! 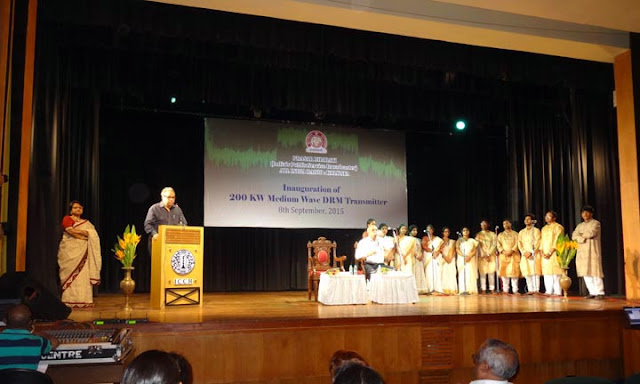 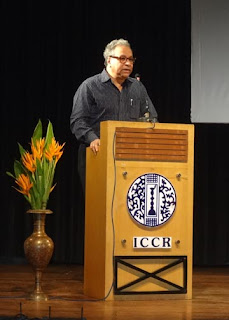 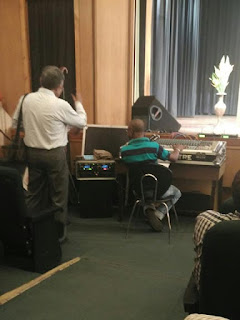 ICCR auditorium at the heart of Kolkata. The actual transmitter site was, however, some 26 km away from Kolkata at Chandi near Amtalla in 24 Pgs (South). The morning news from All India Radio Kolkata informed that the transmitter will at present carry analogue
transmission and DRM simulcast would start later on. Inside the ICCR auditorium at few minutes before 2 pm there was a flurry of activities with the technicians preparing for a live transmission of the inaugural broadcast. They were visibly jittery because the telephone line leased for the occasion from BSNL was not up to their liking. That was the only link to the transmitters. Ms Swapna Mondal, Additional Director General Programming of All India Radio Kolkata was supervising the finer details of the live programme. In the audience apart for AIR staff and a sprinkle of press reporters, there were three other Dxers – Babul Gupta, Sudipta Ghose and I. The signature tune was put on few minutes before 2 pm and sharp at two the announcer started with the customary 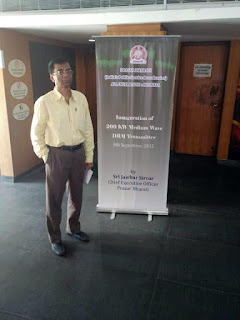 opening announcement. She announced 657 kHz but did not mention the 594 kHz from Chunchura which was also carrying the same broadcast. For us here in the audience, it was a thrilling moment to listen to one of the faces of the AIR transmission whereas we have grown up only listening to faceless AIR announcements. As the announcer announced the beginning of the special broadcast and the customary Indian Classical Music Shenai recital (recorded) was put on, Jawhar Sircar CEO Prasar Bharati and Animesh Chakrabarti AIR Engineer-in-Chief who were both chairing the event trooped out of the auditorium to light the inaugural lamp which for some unclear reason was held outside the auditorium. On their return they were seated on the dais and then the customary speeches by two of them followed alongwith Tagore Songs by a choir from a local University.

What for the non Dxer would be just another routine inauguration, for us Dxers it was an opportunity to present at a historic live broadcast from a brand new MW digital DRM capable transmitter from " Kolkata A " the iconic household radio station most of the people of West Bengal still revere. 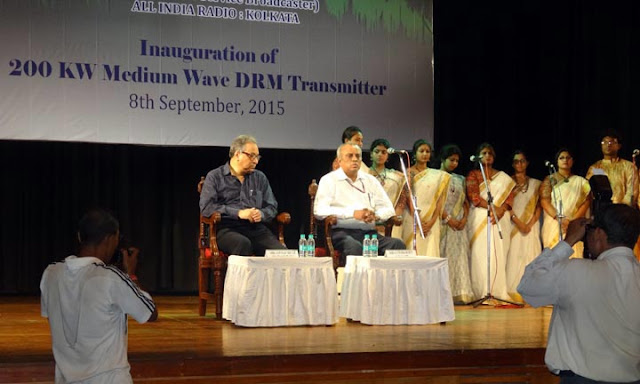 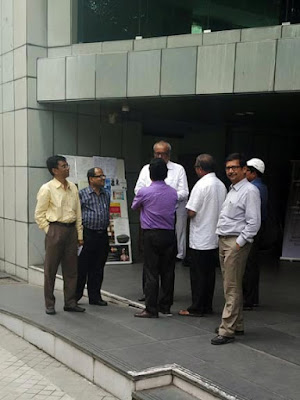 Recording of an Historic event:
http://www.youtube.com/watch?v=ZnN07LmQez8&feature=youtu.be 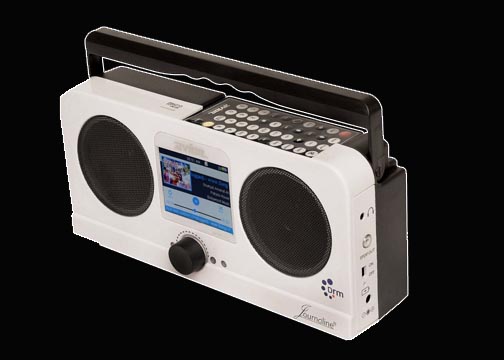 Go to this link: https://youtu.be/mO0BwhdT06k

Posted by Babul Gupta at 6:17 AM No comments: